The Wanderlust Travel Checklist: 20 Things You Must Try On Your Wanderlust Journey 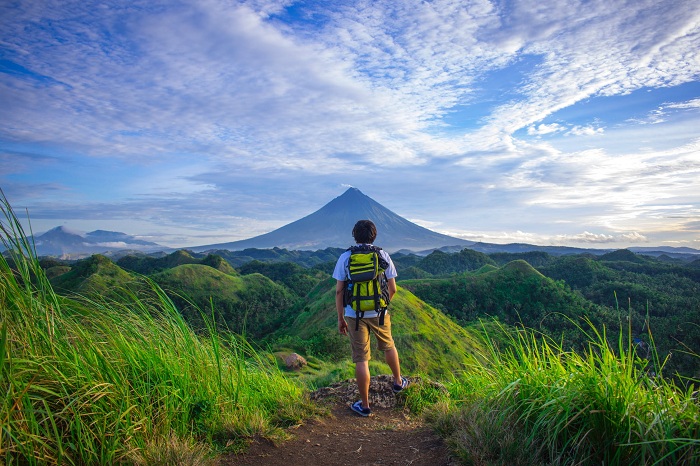 Bitten by the travel bug and can’t stay still? We say, don’t stop till you find your perfect adventures to suffice the heart’s burning wanderlust! And so long as you can’t kick off your heels and journey into the ever so wonderful world out there, keep updating that wanderlust travel checklist!

Here Are 20 Things You Need To Give A Go Starting From Your Next Travel:

Watch the sun set over the vast savanna grasslands as birds and beasts go home on this entry in your wanderlust travel checklist. Tanzania’s Serengeti and Kenya’s Masai Mara are two of the richest places on earth for experiencing spectacular safaris. Big beast sightings brace up for includes — huge herds of wildebeests, the endangered black rhino, Besia Oryx, reticulated giraffe, the long-necked gerenuk, Grevy’s Zebra, and more. For a different taste of African safari, extend this entry to Uganda where chimps and mountain gorillas rein the scene!

The classic Inca Trail to Machu Picchu is a 4-5 days long hike, following the Urubamba River, crossing the Dead Woman’s Pass at 4,200m, traversing deep through cloud forests, by spectacular ruins, camping at Winay Wayna, and finally reaching Machu Picchu at sunrise! Add this one to your travel to do list for the legendary lost city awaits!

3. Trekking In the Himalayas

They say when the mountains are calling, one must go, and the call of the majestic Himalayas is just too strong not to pay a heed. The Himalayan geographic belt is diverse with the highest of altitudes to the deepest of river gorges. It holds the cultural heritage of an eclectic mix of predominantly Hindu and Buddhist spiritualism, the hidden truths of yoga and meditation. Trekking in these ethereal mountains is one of the best things to do when traveling because while heaven could be a myth, the Himalayas are still so, so real!

To think about it, there is no bad Asian food! To a true gastronomer, to be asked to choose the one best Asian food is like asking one to choose her favorite child! While you can’t really decide the ramen of Japan in place of China’s hand-pulled noodles, or Thai curry a more likely pick competing against the masala of Sri Lanka, you can always make a curry travel across south-east Asia!

5. A Months-long Spiritual Quest In India

While every travel experience can arguably be spiritual, India happens to be the capital of all spiritual destinations. Some like to visit in order to go deeper and more meaningful into one’s yogic practice in Rishikesh, some to understand bhakti or devotion in India numerous temples, and others to witness and experience the continuous feast of sights, sounds, and colors that is India – a spectacular celebration of life! Tour the country’s vast and diverse geographies and culturescapes, take part in different activities while traveling and expand your horizons of understanding!

6. Listen Closely to Nature In the Rainforests of Amazon

The Amazon flows through Brazil, Columbia, and Peru, changing in name and character but the rainforests on her banks are eternal. Numerous wonders await along the slow watercourse, both anthropological and human. Whether you delight on spotting capybaras on the banks, capuchin monkeys in the canopies, or take an interest in dancing the samba with the locals is totally your call on this wanderlust travel!

Head off to the countrysides of France if you’re a true wino. Learn and savor everything there is to learn and savor, let the terminology of source grape varieties like Cabernet Sauvignon, chardonnay, Pinot noir, Sauvignon blanc, Syrah, roll off your tongue beautifully!

8. Journey On the  Trans-Siberian Railway

A laidback train wheezes through the trans-Siberian expanse, from Beijing to Moscow over six nights covering 7,621 km. Watch as forests of birches, the shimmering lake Baikal endless grassy steppes, the Gobi desert, camel herds, and nomad’s camps in the midst of nowhere pass by your window.

The picturesque countryside of Eastern European countries are a distinct flavor in itself. Tour the Romanian countryside on a bicycle to enjoy the bustle of local rural life. Also, don’t forget to pack a picnic basket!

10. See the Fall Colours On the Appalachian Trail, USA

Journey along the Appalachian Trail, the 70 km long stretch between the White Mountains of New Hampshire and the Vermont Border to witness the seasonal death of the trees as a riot of fall colors set the forest aflame!

11. Go Looking for the Elusive Snow Leopard In Ladakh, India

These charismatic big cats are the stuff of legends, and inspiration for many adventures. While there are 4,000 to 6,500 snow leopards living in the wild, the news is that the numbers are rising. The Hemis National Park of Ladakh, India has garnered the fame for homing much of the population and you would be lucky to check snow leopard spotting off of your travel checklist.

12. Catch a Break In the Bahamas

For the lovers of the beach life, there can be no alternative to the Bahamas, Make a wanderlust travel here to swim with the dolphins and jet-set to your own little island, sunbathe on white beaches and groove with the tune of Caribbean music.

13. Make the Most Snap-Happy Sailing Holiday In Islands of Greece

One of the fun things to do when travelling is obviously to make a splash Instagramming and sailing in Greece happens to make the most snap-happy trip in the entire world for sure! Make your travelgrams sparkle with Santorini’s white matchbox houses, the very colorful Greek food fare, and the brilliant blue seas of Crete.

14. A Campervan Holiday Through the Scottish Isles

From gnarly mountains to calm, turquoise seas, the Scottish Isles is a land of fantasies, straight out of Nordic folklore! Among the things to do on a trip to the Scottish Isles, hop in on a campervan holiday along the devastatingly dreamy Golden Road, from the Isle of Harris, to Arran, and Mull.

Join an aurora photography tour to allow your DSLR skills to truly shine. The greatest lightshow on earth takes place in Finland, Norway, Sweden, or Canada during the time between October-November, and February-March.

16. Turn Though the Pages of Reconquista in Alhambra, Spain

Set foot inside the Moorish fortress of Alhambra in Spain to feel one with the history of reconquista, the Spanish chapter of the Crusades. Feast your eyes on the marvelous gardens, the hills of Granada, and the spectacular architecture of the fortress.

International balloonists dig Canberra as one of the peak places to float and so can a beginner! If floating about in the abyss is over the city heights is on your list of fun things to do when traveling, then come to Canberra by all means! Fly over Lake Burley Griffin, over to exquisite architectures, monuments, and sculptures strewn around the Australian capital. Open a sparkling bottle of champagne up in the air to make merry!

18. Float Hands-free In the Dead Sea

If you ever find yourself exploring the vicissitudes of the Middle East, near Israel or Jordan, do go to the Dead Sea. The buoyancy in the waters of Dead Sea seems to defy the laws of physics, and more importantly, it’s super fun to float hands-free!

19. Journey Back In Time In Egypt

History buffs need to mark Egypt in red on the ultimate travel bucket list, because, where on earth can the past come to life as it does inside the quaint temples of Egypt?

20. Check Out the Great Biodiversity In the Galapagos

May these travel tips be an inspiration for you to make plenty more of your own and keep voyaging across the planet!

A born nomad, Om is always on the lookout for interesting places to visit. It took him 25 years of his life to realize where his true calling lies, but once that was done, there’s been no looking back. Since the last ten years that he is on the go, he has been sharing his travel experiences by writing about them. Currently, he's blogging at Retreat Kula. 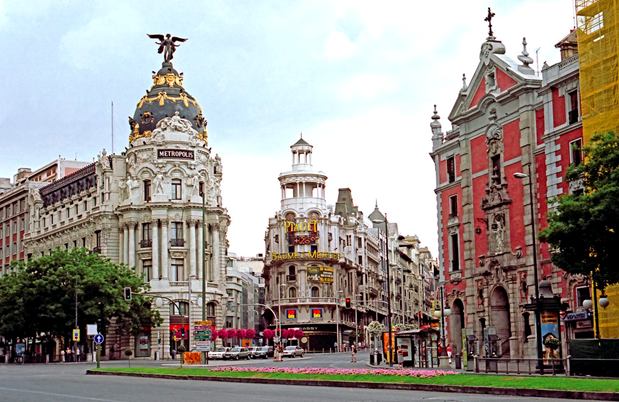 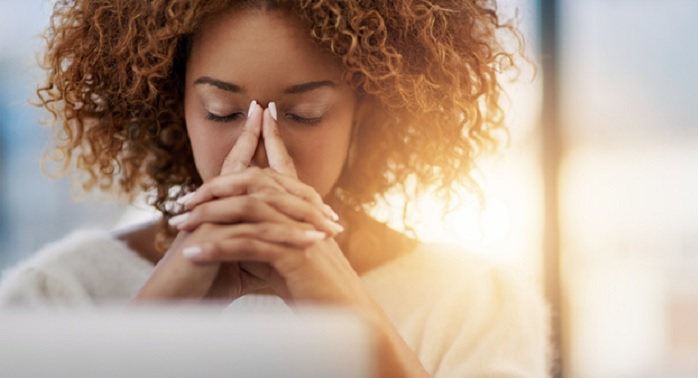 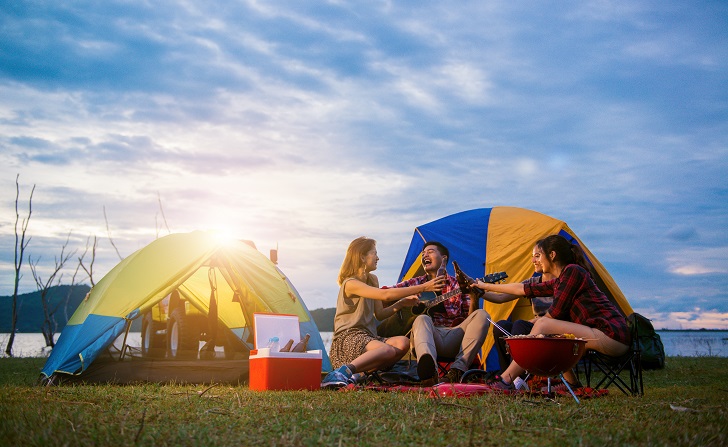 Tips for Transforming Your Camping Trip Into a Mindful Outdoor Experience